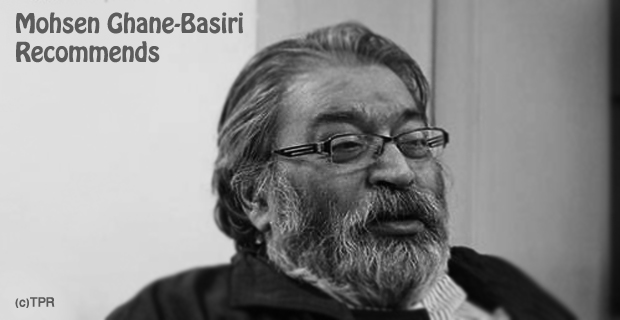 Mohsen Ghane Basiri (b. 1949) is the editor-in-chief of Modiriat (Management) Monthly Journal. He is a prolific Iranian theorist and epistemologist. Ghane Basiri is the author of Human Globe, Global Human (2004), From Information to Knowledge (Tripartite Equations Theory) (2004), A Question from Heidegger: What is Technology?(2009) and Marx and Technology (2010). His latter book is being translated into English by Mahboube Khalvati. He has published myriad of articles and essays on culture and arts in Iranian newspapers and journals. Mohsen Ghane Basiri welcomed Parsagon’s curiosity about influential books in his life.

PARSAGON:  What are the top seven works of world literature that have had the deepest influence on your life and career?

And  of course, the whole corpus of Marx’s Economic and Philosophical manuscripts

PARSAGON:  What are the top seven works of the Persian literature that have had the deepest influence on your life and career?

Discourse of Shams-e Tabrizi (Maqalat-e Shams-e Tabrizi) is a collection of Shams-e Tabrizi (1185–۱۲۴۸)’s quotes and oral stories which were collected after his death by his students. Shams-e Tabrizi is believed to have been Molana or Jalal ad-Din Muhammad Rumi (1207 – ۱۲۷۳)’s spiritual mentor. Shams himself disregarded writing as he believed that “as I do not write down [my] speech, it lingers in my mind and each time it reveals one of its new faces to me”.

Tazkirat al-Awliya, by Attar Neyshabouri, is dedicated to the life, manners, thoughts and quotes of famous Sufis. The 72-chapter book is the only existing prose work of the Persian poet and mystic. The collection commences by recounting the manners and quotes of the 6th Shia Imam, Imam Jafar Sadegh (702 – ۷۶۵ AD), and closes with those of Mansour Hallaj (858 – ۹۲۲ AD).