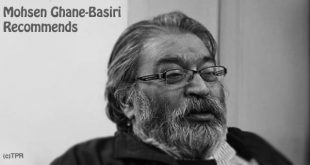 Mohsen Ghane Basiri (b. 1949) is the editor-in-chief of Modiriat (Management) Monthly Journal. He is a prolific Iranian theorist and epistemologist. Ghane Basiri is the author of Human Globe, Global Human (2004), From Information to Knowledge (Tripartite Equations Theory) (2004), A Question from Heidegger: What is Technology?(2009) and Marx and Technology (2010). His latter book is being translated into English by Mahboube Khalvati. He has published myriad of articles and essays on culture and arts in Iranian newspapers and journals. Mohsen Ghane Basiri welcomed Parsagon’s curiosity about influential books in his life.